Our fact-checking process begins with a thorough review of all sources to ensure they are high quality. Then we cross-check the facts with original medical or scientific reports published by those sources, or we validate the facts with reputable news organizations, medical and scientific experts and other health experts. Each page includes all sources for full transparency.

A Montana District Court jury recently delivered a $36.5 million verdict in a bellwether case that is expected to significantly change the landscape of future litigation involving vermiculite mining and asbestos exposure in Libby, Montana.

The jury in Great Falls, Montana, awarded laborer Ralph Hutt $6.5 million in compensatory damages and $30 million in punitive damages in February, dwarfing awards plaintiffs have typically received in the past.

Based on a recent Montana Supreme Court decision, the insurance carrier once overseeing the occupational safety program at WR Grace & Company, which operated an asbestos-contaminated mine in Libby, is no longer protected by the company’s 2001 bankruptcy filing.

Eddy said in pretrial hearings that she wanted this case to establish the parameters and framework for future trials involving similar claims. One of the issues was the statute of limitations, which was decided in favor of the plaintiff.

The court also ruled that safety and medical professionals at Maryland Casualty had the duty to protect workers’ health, yet they failed to warn them of the dangers of the job and the risks of airborne asbestos. They also did not report early signs of lung problems among workers.

According to evidence presented at the recent trial, doctors at Maryland Casualty withheld information from affected workers after annual X-rays showed early lung scarring caused by asbestos exposure, long before any diagnosis was made.

Maryland Casualty Company is now owned by Zurich Insurance Group, a worldwide insurance leader with clients in more than 100 countries. 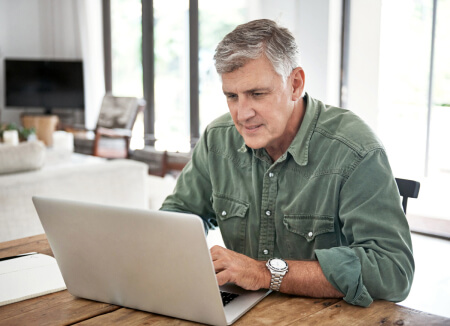 Find Out How Much Your Case Is Worth

Learn about how much money mesothelioma patients and their loved ones have received in this free webinar.

Libby is home to the longest-running manmade environmental disaster in US history. Vermiculite, often mixed with toxic asbestos, was mined there for more than 70 years. It contaminated the entire area, affecting the health of miners and unsuspecting residents.

WR Grace & Company operated the mine from 1963 until it closed in 1990. Serious health issues are still emerging today due to the lengthy latency period between exposure and diagnosis of asbestos diseases such as mesothelioma cancer.

The devastation caused by the mining of asbestos received little attention until 2002, when the US Environmental Protection Agency placed Libby on its Superfund National Priorities List and began decontamination efforts.

Asbestos was once a coveted and much-used natural mineral known for its ability to strengthen and fireproof almost anything with which it was mixed. Its toxicity, though, has led to strict regulations and very limited uses.

Health Issues in Libby Will Continue

In the small town of Libby, at least 400 deaths from asbestos-related causes have been documented. Almost 3,000 people have been diagnosed with asbestos-related diseases at the Center for Asbestos Related Disease, a clinic that was established more than a decade ago.

Hutt worked in the Libby mine for just 18 months in the late 1960s. He was first diagnosed with asbestosis, a lung disease caused by asbestos exposure, in 2002.

He spends much of his days struggling to breathe on his own and tethered to an oxygen tank. Hutt provided a video deposition for the trial from his home in Roseburg, Oregon.

Until now, legal options have been limited for victims of asbestos exposure in Libby. The first lawsuits were filed in the mid-1990s against WR Grace & Company, but after paying out several million dollars in claims, it filed for bankruptcy.

The bankruptcy trust fund limited settlements to smaller amounts and provided minimal compensation for victims. A district court judge, for example, approved a $43 million settlement spread across 1,300 plaintiffs in 2012. Another settlement in 2017 involved $25 million and 1,000 plaintiffs.

This bellwether case – sparked by the Montana Supreme Court ruling – has changed the landscape by holding Maryland Casualty Company responsible.

“It’s been a long road,” said attorney Allan McGarvey, who represents Hutt and many others with similar cases. “The wheels of justice may grind slowly, but at the end, justice is done.”