A hotel housekeeper recounted in court how she and her colleagues were exposed to asbestos when they cleaned rooms where work was undertaken to replace old pipework with the substance.

She recalled how the rooms she cleaned had an abnormal amount of dust and took longer than usual to remove but little did she know that her work could have damaged her health.

Elizabeth Grima was testifying before Magistrate Elaine Mercieca in the compilation of evidence against Hamdi Abu Rub, 37, who manages the Mellieħa Holiday Centre, and Syrian contractors Fahad Abdullah, 44, and Mahmoud Hussin, 34, who carried out the work at the resort when it was being renovated in October 2020.

The hotel’s CEO and two contractors stand charged with exposing employees to asbestos, a potentially deadly material long banned across the EU.

Asbestos is a naturally occurring silicate once regarded as a miracle fiber and used in a wide range of materials installed in homes and offices decades ago. Experts believe that Malta has thousands of cubic meters of it still installed in buildings.

Had I known what I was cleaning, it would have been a different story– Hotel housekeeper Elizabeth Grima

The breathing in of asbestos fiber can cause asbestosis, a long-term inflammation and scarring of the lungs, which can also lead to lung cancer. Former dockyard workers or their families have been awarded compensation by the government after developing serious health problems from the exposure.

The General Workers’ Union, which fought for compensation on behalf of the dock workers who had been exposed to asbestos, is a shareholder of the Mellieħa Holiday Centre.

The three are pleading not guilty to the charges brought against them.

Grima recalled how she had been ordered to clean several bungalows in October 2020. Upon entering, she saw gray pipes on the ground and “an abnormal amount of dust” that was not the usual dust she was used to cleaning in the 13 years she had been employed there.

She said she remembered discussing the amount of dirt with other chambermaids who, like her, expressed their surprise.

A few days later, they overheard two employees from the maintenance team discussing the removal of the asbestos pipes from the bungalows which were originally built some four decades ago. There are more than 150 of these bungalows and more have been built in recent years.

“The texture of the dust was different. Had I known what I was cleaning, it would have been a different story. I was assigned to clean and that is what I did in the time I was assigned because we only have 90 minutes per bungalow. It was so dirty that I did not manage to clean them as I usually did. I did not know what risk I had been exposed to,” she told the court. 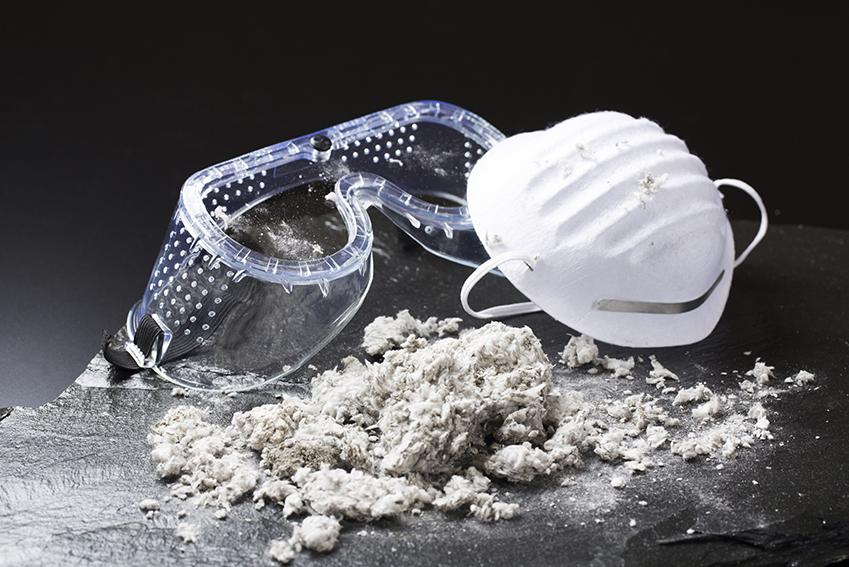 Asbestos is a naturally occurring silicate once regarded as a miracle fiber and used in a wide range of materials installed in homes and offices decades ago. It is a potentially deadly material long banned across the EU. Photo: Shutterstock

She said she informed the UĦM Voice of the Workers, her union, who ordered its members not to enter the bungalows and told her to report the matter to the Occupational Health and Safety Authority (OHSA).

Grima said that, sometime later, a group of Danish youths came to Malta and were lodged in those bungalows.

Under cross-examination, Grima said she did not test any of the material and did not rely on what the maintenance workers had been overheard discussing. She also confirmed that she had been made redundant due to the COVID-19 pandemic a few days before the alleged exposure took place.

The case continues in May.

Independent journalism costs money. Support Times of Malta for the price of a coffee.