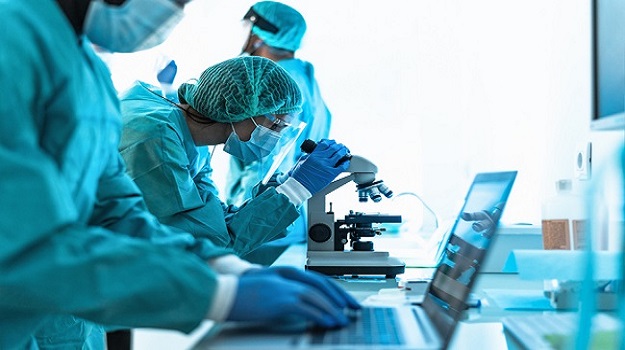 Sunshine Biopharma, Inc announced this week that its novel-formulation mRNA molecules induce cancer cell death in cell cultures.
Explosions in mRNA research have led to groundbreaking discoveries in recent years, with many companies banking on the potential seen in clinical spaces. As a result of the announcement, shares of the company’s stock bounded upwards to the top of trending charts, possibly a reflection of investor interest in mRNA.
Cell cultures using multidrug-resistant breast cancer cells, pancreatic cancer cells and ovarian adenocarcinoma were used to demonstrate the efficacy of the mRNA molecules.
Routine toxicity studies using typical human cells suggest that the mRNA molecules have minimal if no toxic effects. The molecules have the potential to be administered as simply as vaccines are.
The specific formulation used by Sunshine Biopharma is expected to soon reach the patent office. Commenting on the multiple promising candidates, Sunshine Biopharma CEO Dr. Steve Slilaty said, “We are delighted by these findings in connection with our ongoing mRNA-as-therapeutic-agents research… The potential use of mRNA to treat cancer opens the door to many possibilities for patients including convenience, reduced toxicity and enhanced efficacy.”
Sunshine Biopharma is gaining traction across the pharmaceutical industry as it announces one promising biologic candidate after another. Areas of interest to the company span antiviral research as well as oncology treatments, using some of the most novel formulation techniques. Earlier this year, the company issued a statement regarding the closing of an $8 million placement with investors.
The next step for Sunshine Biopharma is to continue research into other developing therapeutic candidates, such as COVID-19 treatment. To combat the causative agent of the virus that offset the pandemic, Sunshine researchers have developed four potential inhibitors of papain-like protease (PLpro). The PLpro enzyme has been identified as an alternative target to the notorious spike protein, due to the role PLpro plays to encode virus’ non-structural protein 3 (nsp3). Preclinical mouse studies at the University of Georgia began in the summer of 2021 for two of these four inhibitors. The treatment has demonstrated efficacy against all variants known to date.
In a collaboration with the University of Arizona, the company hopes to dig deeper into research regarding PLpro inhibitors. The collaboration would explore the safety of PLpro in in vivo, pharmacokinetics and dosing studies, before entering preclinical realms involving MA10 mice that have been infected with the SARS-CoV-2 causation agent for COVID-19.
Continuing the company’s commitment to developing oncological treatments, Adva-27a, an anti-cancer compound has been seen to be effective against various forms of cancer cells. Clinical trials at McGill University in Montreal are set to begin to evaluate Adva-27a’s safety and efficacy against pancreatic cancer.  Sunshine Biopharma has already filed for and obtained intellectual rights for this compound.
Back to news
Back to top
© 1985 – 2022 BioSpace.com. All rights reserved. Powered by Madgex Job Board Software