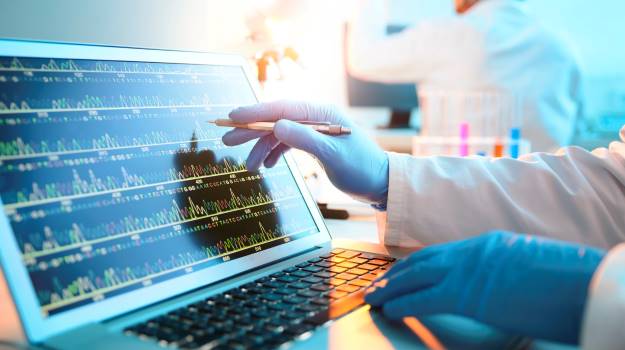 Scientists from the United Kingdom may have identified several more environmental causes for cancer after evaluating the genetic data of over 12,000 cancer patients from National Health Service files.
In arguably the largest study of its kind, researchers at Cambridge University Hospitals and the University of Cambridge looked into whole-genome sequencing data of 12,222 patients to detect possible patterns in the DNA of cancer patients and succeeded. They found 58 new “mutational signatures,” or patterns that offer clues on whether a particular patient had been exposed to certain environmental elements which led to cancer. These included cellular malfunctions, smoking and exposure to UV light.
Data were taken from the NHS’s 100,000 Genomes Project, Genomics England’s massive genome sequencing project based on data from more than 85,000 patients diagnosed with cancer or rare diseases.
The research, published in Science, featured a new method — the Signature Fit Multi-Step (FitMS) algorithm — to enhance discrimination of common mutational processes from the rare, lower-frequency mutagenic processes. FitMS looks at signatures from new samples and compares these with existing findings by monitoring commonalities and identifying additional rare signatures.
The set of reference signatures used was identified after comparing and contrasting independent tissue-specific signatures and clustering mutational signatures from various tissues that may be due to similar processes. Other mutation bases were also linked to past clinical and treatment histories, where applicable.
“Whole genome sequencing gives us a total picture of all the mutations that have contributed to each person’s cancer. With thousands of mutations per cancer, we have unprecedented power to look for commonalities and differences across NHS patients, and in doing so we uncovered 58 new mutational signatures and broadened our knowledge of cancer,” said Dr. Andrea Degasperi, the study’s first author and a research associate at the University of Cambridge, in a statement.
“The reason it is important to identify mutational signatures is because they are like fingerprints at a crime scene – they help to pinpoint cancer culprits. Some mutational signatures have clinical or treatment implications – they can highlight abnormalities that may be targeted with specific drugs or may indicate a potential ‘Achilles heel’ in individual cancers,” added Serena Nik-Zainal, leader of the study and a professor of genomic medicine and bioinformatics at the University of Cambridge.
Cancer is a complex beast and several studies on mutations also came to light at the American Association for Cancer Research’s annual meeting in mid-April 2022. Aadi Bioscience got the U.S. Food and Drug Administration’s green light for Fyarro, a new drug designed to treat PEComa, a very rare type of sarcoma. Fyarro has demonstrated the ability to treat patients with TSC1 or TSC2 mutations.
Ikena Oncology also presented data on an ongoing trial for IK-930. This TEAD inhibitor targets the Hippo signaling pathway and binds to TEAD transcription factors with the goal of preventing the transcription of genes that drive the progression of cancer.
Back to news
Back to top
© 1985 – 2022 BioSpace.com. All rights reserved. Powered by Madgex Job Board Software