We’ve updated our Privacy Policy to make it clearer how we use your personal data.
We use cookies to provide you with a better experience. You can read our Cookie Policy here.
Complete the form below and we will email you a PDF version of “What Role Do Bitter Taste Receptors Play in Cancer?”
A person’s perception of bitter taste is initiated by TAS2Rs, a family of G protein-coupled receptors that were originally identified in Type II taste receptor cells (gustatory cells) found in the mouth. However, it is now known that TAS2Rs are widely expressed throughout the body in non-gustatory tissues, suggesting that they mediate additional roles besides taste perception. Putative functions of TAS2Rs in cancer have been reported since the 1970s, yet to date, no causal relationship has been established.


Technology Networks recently had the pleasure of speaking with two of the study’s authors, Dr. Agnes Mistlberger-Reiner and Sofie Zehentner to learn more about their findings.


Laura Lansdowne (LL): Could you tell us more about TAS2Rs and their expression in non-gustatory tissues?


Agnes Mistlberger-Reiner (AM-R): Since the discovery of bitter taste receptors, over two decades ago, TAS2Rs have been also found in the gastrointestinal tract and beyond in many extra-oral tissues including airways, heart, thyroid, kidney, pancreas, skin, testis, uterus, breast and brain as well as in blood and immune cells.

The activation of these ectopically expressed TAS2Rs by bitter-tasting compounds has been associated with tissue-specific, functional responses. As the functional responses depend on the cell type, which was activated, they are quite diverse. So far, just some non-gustatory functionalities are investigated such as a stimulated proton secretion of gastric parietal cells, a secretion of satiating hormones, an involvement of TAS2Rs in anti-inflammatory processes as well as an intracellular mobilization of calcium leading to the release of nitric oxide and antimicrobial peptides in airway respiratory cells. Additionally, in recent years various effects on anticancer mechanisms were reported which we have reviewed in detail in our systematic review on the role of bitter taste receptors in cancer.


LL: Could you provide an overview of the evidence suggesting that TAS2Rs play a role in carcinogenesis?

Sofie Zehentner (SZ): At first, we found evidence for down- and upregulation in literature, though downregulation of various TAS2Rs were more prevalent. There are still some limitations and the underlying mechanism, as well as the effect on cancer progression, are poorly explored. Nevertheless, the detected differential expression levels of TAS2Rs underline their potential functional role in carcinogenesis. As highlighted in our systematic review, recent studies showed that the activation of bitter taste receptors in cancer cells was predominantly associated with anti-cancer effects and the downregulation of some TAS2Rs was associated with poor prognosis, while overexpression counteracted cancer-promoting effects. These results support our hypothesis that TAS2Rs play a functional role in carcinogenesis and that their activation counteracts most typical capabilities of cancerous cells during cancer development and progression, known as hallmarks of cancer, such as avoiding growth suppression, deregulating cellular energetics and apoptosis as well as promoting invading and metastatic capabilities. Therefore, the downregulation of TAS2Rs could facilitate the avoidance of anti-cancer effects induced by the activation of TAS2Rs. 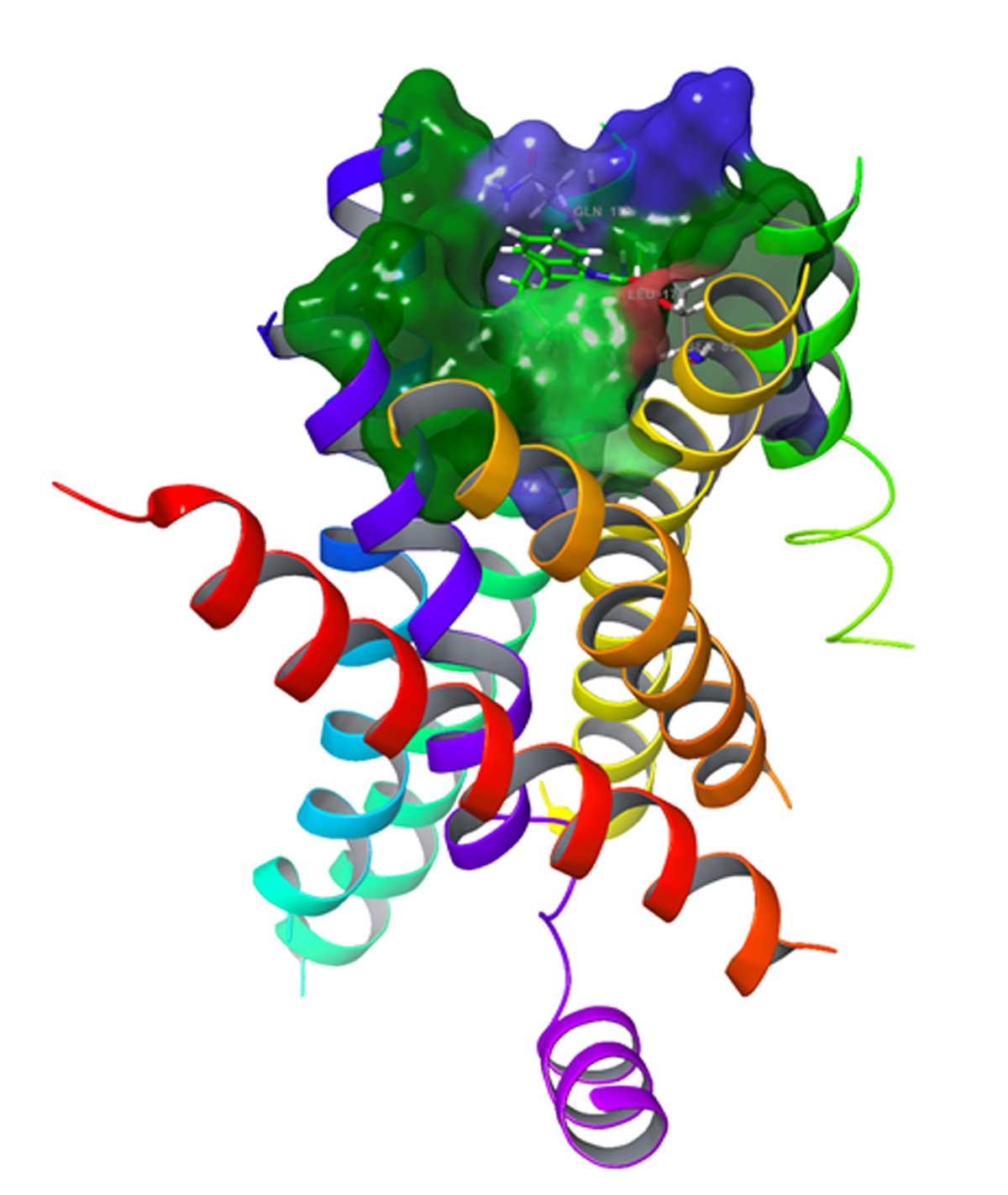 Depiction of the model of the bitter taste receptor TAS2R10. Credit: Dr. Jürgen Behr/ Leibniz-LSB at the Technical University of Munich.

LL: What is known about the relationship between taste perception of bitter compounds, diet and the incidence of certain cancers?

AM-R: Based on the current scientific data, the hypothesis that bitter taste sensitivity affects the intake of bitter-tasting foods and, as a consequence thereof, impacts the risk for developing cancer, cannot be confirmed. To better understand the role of bitter taste sensitivity in cancer risk, more detailed sensory evaluations from a variety of compounds as well as quantitative analysis of the dietary intake would be meaningful to identify yet unknown relationships. Additionally, it needs to be clarified how the sensitivity to bitterness that we perceive in the mouth can be translated to the sensitivity in other organs. The extent of absorption and bioavailability of various bitter substances need to be examined which will be challenging because of the variety of different bitter substances activating different bitter taste receptors to different degrees. Moreover, there is a lack of quantitative data of many bitter substances in food and the concentrations per se vary greatly depending on several factors such as variety, growing region, climate, processing, and preparation of the food. Thus, the question of whether specific TAS2Rs and/or their variants, resulting in a distinct bitter sensitivity, play a functional role in carcinogenesis in a population group characterized by dietary habits and/or socio-demographic factors such as age or sex has still to be elucidated.


LL: Could you discuss the utility of TAS2Rs as targets for the development of new cancer therapeutics?

SZ: At the moment, we can only propose hypotheses because scientific data are limited, and more profound research is still needed at all areas. We suggest that specific bitter substances could be transported specifically to the tumour site in order to activate TAS2Rs of cancer cells and thus inhibit the tumour growth. Furthermore, if chemotherapeutic agents will be proven to activate different TAS2Rs leading to further anti-cancer effects via yet unknown mechanisms, chemotherapeutic agents could be administrated more specifically by adapting for the bitter taste receptors which are present in cancer tissues. With our systematic review on the role of bitter receptors in cancer, we would like to demonstrate the potential of bitter receptors as a target for cancer therapies and thus initiate research in this area. It is possible that bitter receptors may be implicated in the treatment of different types of cancer in the future. However, a lot of research is still needed.


LL: In the press release, Prof. Veronika Somoza noted that “There is much to suggest that bitter taste receptors are involved in cellular mechanisms of cancer, making them interesting targets for the development of new therapeutics. Therefore, we intend to further explore the functions of bitter taste receptors in the future”. Could you elaborate on any further work you have done in this area or work you are planning to do?